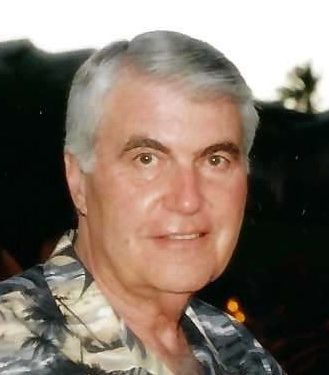 He resided in Las Vegas, Nevada with his beloved wife Ana Cecilia Jacobs.

He was predeceased by his 2 children Michael Allen and Lisa Ann.

Surviving, in addition to his wife Ana Cecilia, are: his loving sister Marlena Brauer, Esq. of New York City, 3 grandchildren: Brittany Fletcher, Justin Jacobs, Rebecca Burns and 7 great grandchildren all of Texas. In Costa Rica he is survived by his brothers-in-law Mario Alberto Trejos, his wife Ma. Eugenia; and Arnoldo Trejos, his wife Ma. Beatriz, many nieces and nephews. Allen also had a host of long time dear and loyal friends and clients and will be greatly missed by all.

Professionally Allen was a successful life insurance and financial advisor, for him retirement was never an option. He had many interests, early in life he joined the US Navy and then the Air Force. He fulfilled one of his many dreams and became a pilot in 1955. Flying was one of his favorite activities during many years, for a brief time he did some corporate flying but mostly flew for his pleasure.

His thirst for knowledge was insatiable, loved reading, studied and mastered many subjects among others: banking, Austrian economics, history, philosophy, world events and even sports. He thoroughly enjoyed sharing thoughts, teaching and having long conversations especially about economics and banking.

With his wife he loved to travel abroad and on several occasions enjoyed river cruises in Europe and he also made several trips to Costa Rica where he was exposed to the beauty and also the culture of the country.

He was a member of the John Birch Society.

Due to the current health safety restrictions the memorial service was private.

Allen wanted to support causes that were important to him, we respectfully request of persons considering sending flowers that instead a donation in his memory be made to:

or a charity of your choice.