Carol Ignatowski a loving Mom and Grandmother, we called her “Gammy”.  She was born on 12-25-1938, a Christmas Baby!  She was born in East Chicago, Indiana. She was the daughter of Helen Kubisz, her father was absent Walter Kubisz. She was the only daughter raised by her mother Helen Kubisz and her grandmother Vincenta Juchnowicz who passed in1956 and was married to Waldy Slaw (Wally) for short, he died young.  He was born in Warsaw, Poland in 1884 passed in 1937 a year before Carol was born so she never got to meet him. Carol was married for a short time to Richard Goodwin and they had one child Tamara Lynn Goodwin born in 1961. Carol got remarried to Edward Ignatowkski who passed on in 2006 leaving her a widower. They lived in East Chicago Indiana and moved to Las Vegas in 1974 and Carol worked for Nevada Power company here in Las Vegas and retired from there, and Edward worked as a Union Iron Worker and also retired. Carol is survived by her daughter Tamara Lynn Wolfe and one Grandaughter Breanna Malika Zahri and one Great-Grandaughter Isabela Figueroa she is 5 years old, and many close cherished friends and family.  We loved and adored her so much.  Her face would light up a room when her great-grandaughter Isabela came to see her. They had a special bond. She loved us all so much. She had a beautiful Soul and a very caring Heart. She was a Christian. Carol’s daughter Tamara was the one who her took care of her before her passing and lived with her so she was not alone. Carol as a young woman had a wild spirit but grew to be very disciplined and a strong independent woman. Carol was always there for us and our family. Her favorite person she always spoke of beside her mom was her grandmother she talked about her often who she claims did most of her raising while her mom worked. She loved dogs she had many through out the years but she is survived by her two Shitzu’s Mary-Jane and Loui which we will all take care of them just as she did. She had her most adored dog Misty placed in an urn and wants to be next to her. she was very appreciative of her friends and family that have been with her through her journey in life and being that she is the first one to start the 4 generations of only children and all girls. She will be missed by her daughter, granddaughter and great granddaughter very much as well as all the wonderful friends whom she remained friends with for over 20 years which goes to show how loyal and amazing she was. She passed quickly and peacefully with God in her heart she will be missed dearly by many.  God Bless our Gammy she will always be in our minds and forever in our hearts. She will always be with us in our homes watching over us. Have fun with the Angels Gammy! Our dear Lord Jesus Christ will take good care of you! God Bless You!  We love and miss you so much!  XOX  Tamie, Breanna, Isabela……. 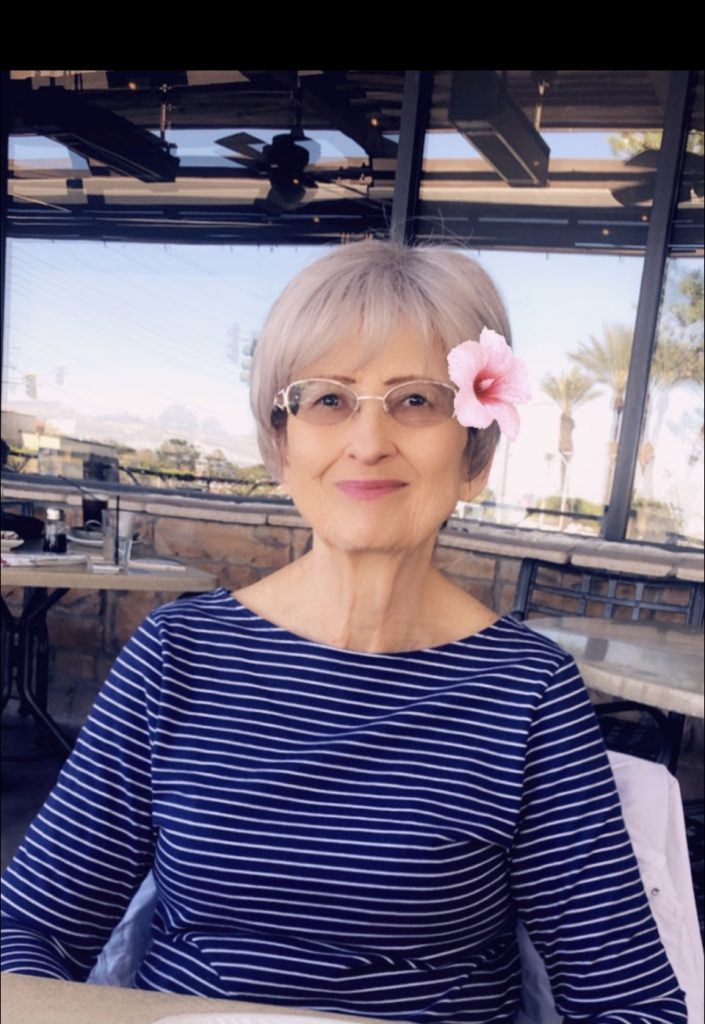