Donald McDougall, 73, passed away October 7, 2021.  He was born and grew up in Trail, British Columbia.  His parents were Angus and Goldie McDougall.  He left Trail to join the original Reno Aces Semi-Pro Hockey Team and to attend UNR.  He completed his degree in Mining Engineering and went on to work in the mining industry in Arizona and Nevada.  He also contracted with the City of Sparks for several years to operate the concession stands at Don Mellow and Shadow Mountain Sports Parks.  Eventually, Kennedy’s Disease, a rare genetic muscular-degenerative disease limited his physical abilities.  He expanded his technical computer skills and enjoyed teaching classes and spending time on-line with various activities.

Don was predeceased by his parents and his brother, Redford.  He is survived by his wife, Kathy, his son, Scott, his daughter, Jennifer (Brad Wright), stepdaughter Melanie (Jonathan) Greer, grandsons Jaelin and Avery and step grandson Eric.  He is also survived by his sister, Diane (Robert) Mills and his brother, Terry (Erin), and numerous nieces and nephews.  He also leaves behind Chris Priaulx, his best friend since their college years at UNR. There will be a future memorial gathering in combination with his brother who only passed away one week earlier.  Don can be honored by donations to the Kennedy’s Disease Association at https://www.kennedysdisease.org/get-involved. 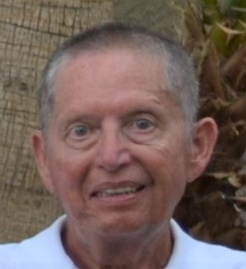