At age 11, in 1973 his Mom moved he and his siblings to Las Vegas. The introduction of cresting the mountains and overlooking the Vegas valley with its twinkling magical bright lights – was the beginning of Jay’s lifetime love affair with Las Vegas. It was his town.  He grew up with the city, watching it blossom.

Beginning as a teenager (wearing platform shoes and suede cap) and throughout his life, he enjoyed countless concerts and shows at various venues.  He was not shy to talk to band members if they mingled about.  The radio in his truck was always set on a rock station. He loved music.

He enjoyed many sports but none could compare to his Packers. He was undoubtedly their number one fan, inking the Green Bay “G” on his arm.  He could talk Packers or football at any time and kept tabs on NFL news.  Anyone who watched the Packers with him, will forever be reminded of him yelling INT, FIRST DOWN, High Fives around the bar for a TD and the energy and passion he brought to the game.  His standard, was sporting a Packers jersey on game day.  Sometimes, more elaborate apparel in green and gold. He and daughter Amber, shared the love of their team. They often sat side by side at the local sports bar to watch the games together with MGD beers and Jameson shots in front of them all while letting everyone know who would listen that The Bears still Suck!

He was an avid collector of his favorite things; early on – beer cans, casino chips, concert tickets and shirts, pins, anything Packers etc.  With his living large personality, he easily pulled off wearing loud bright print shirts or pants.

Jay had a soft spot for animals and children.  He would get on the floor to be their level when loving on them or swoop them up in his arms.  He supported all benefits, silent auctions and golf outings for charity and helped friends in need.  He shaved his head twice for St Baldrick’s Foundation.  He had a lead foot, was known for his one-liners or one-word abrupt answers.  Nope!  He enjoyed sharing the temperature in Las Vegas, in particular if it was vastly opposite of Wisconsin. It’s 102 degrees in Vegas!  He made friends easily.

Big life challenges for Jay were recovering from two failed marriages.  It was difficult for those close to him to witness his despair. He loved hard and fell hard but gradually, successfully, pulled himself out of the trenches.

Jay’s legacy were his children.  He was incredibly proud of them and the amazing adults and parents they had become – to his beautiful four grandchildren.  His family.  Jay shared photos of himself when he was young and was proud Alan looked – just like him.  Asher too.  He was so proud that his newest grandson August Jay Ingwell shared his name. He openly shared his love for his kids and grandkids on Facebook and their current activities and milestones from his grandson Sammy’s football career to now attending the University of Oregon and his grand-daughters Elite Gymnast career to now her Flag Football accomplishments with one of the top teams in the country. He was so proud of the both of them. He also enjoyed promoting his daughter in-law Amanda’s, talented custom cake business with the masses and his daughter, Amber’s Esthetician business. He always supported his family and would brag to anyone who would listen.

Jay’s career of commercial painting, took off when employed with Terrible Herbst.  They provided various work trucks including his favorite, affectionately named Big-Red.  If Big-Red could talk.  Jay was quite talented using various paint techniques or professionally hanging wall coverings and put his stamp on many amazing facilities including airplane hangars of the rich & famous in Las Vegas to the Epic Campus in Verona, Wisconsin while working for Hess Sweitzer.  He taught many his trade and they were at the mercy of him being a hard-ass boss.  He ended his career working for Safari, a descendant of Herbsts.  He was considered family by his employers.

Jay moved to Wisconsin from 2012 to 2018.  He slipped into a quieter small-town life.  His siblings and their families and his extended family were granted this time to re-connect and enjoy each other’s company.   He connected and made many new Wisconsinite friends. He was the driving force of creating the barn bar at his sisters and spent many a night perfecting the vibe. Jay was an excellent party goer and party creator. He wanted everyone around him to have a great time.

He endured losing his leg in 2017 and was fitted with a bionic prosthetic.  He hurdled the set-back along with beating bladder cancer and was right back to living life.  He set his “leg” on golf mode and continued playing the game.  His Packers golf bag was filled with his Dad’s golf clubs.  He loved golf. He and son Alan enjoyed catching up over a game of golf, as did his siblings and friends. Jay was fun to golf with.

Jay was about family.  He lived life to the fullest, wore his heart on his sleeve, said it like it was, laughed loud, loved large and was loved by many.  He will be forever loved and missed.

Jay is preceded in death by his father, Victor Ingwell; mother, Judith Escalona.

In lieu of flowers, donations can be made to The Helen J Stewart school for children with disabilities in Las Vegas, NV. 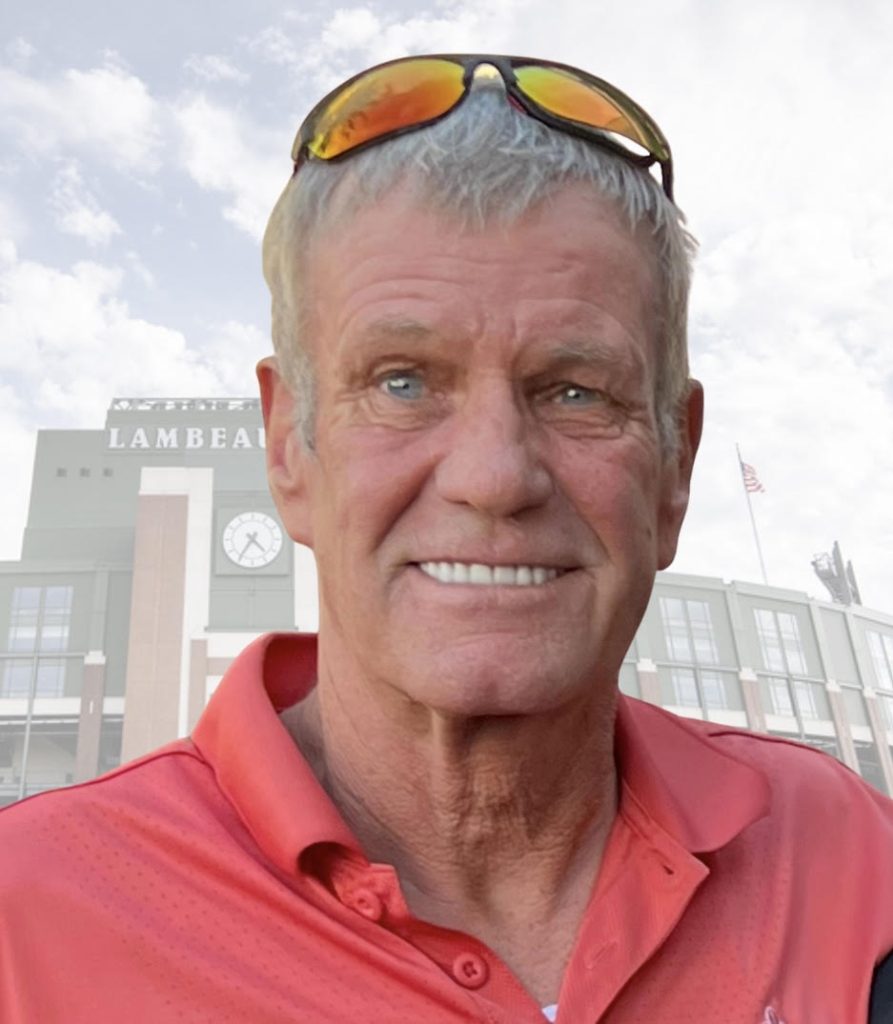