Ladies and Gentlemen, Mr. Flannery has left the building…

Born in Chicago, August 10,1941 he was a loyal Bears and Cubs fan and celebrated wholeheartedly when the Cubbies won the World Series in 2016.

Jerry was a proud Irishman who knew how to love and live life to the fullest! St. Patrick’s Day was a national holiday in the Flannery household and family and friends celebrated with Tullamore Dew and Guiness.

Jer’s passion was cooking, and he loved to entertain. If he wasn’t watching Judge Judy or Jerry Springer, he was creating phenomenal meals in the newly renovated kitchen. He also loved to golf and fish, and although he wasn’t that good at either of them, he managed to out-fish his son in law, John. (which isn’t easy to do)

Jerry was adored by the people who knew him. He was a bartender at Sam’s Town and retired after 30 years. He made quite the impression on everyone he met. If you were lucky enough to have known him, you would know he had a quick wit and was fast with a joke for any occasion.

Jerry was a tough sonuvabitch and in his lifetime he survived a 6-way bypass, fought diabetes, watched his 3 little piggies go to market, flipped a quad, gave a robber a haymaker, wrapped his Corvette around a light pole, pulled his own teeth, and never spilled his drink. But lost his battle and went on his own terms with an FU to the big C.

Now there is an empty seat at the head of the table. (That’s your cue J.R.)

We had one helluva ride didn’t we…adios pantalones! 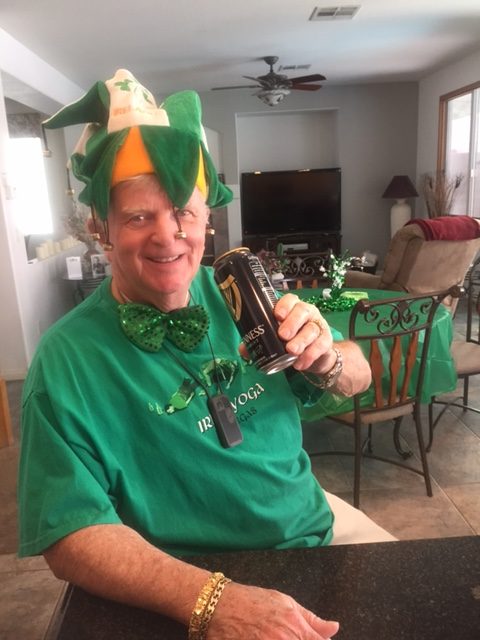