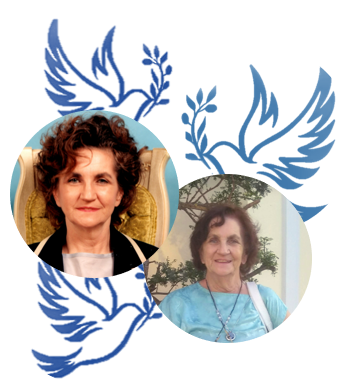 Some people’s time on this earth seems so short-lived. Their departure reminds us that angels are watching over us. Joan Lenore McMurray transitioned from this earthly realm on January 4, 2023, in Las Vegas, NV with family by her side. Joan bravely fought her illness which progressed over some time. Joan is now in Peace with those who have left before us. She has now rejoined her heavenly family and gained her wings.

Joan was a compassionate spirit whose passion was caring for others. Joan was a phenomenal mother, wife, aunt, and friend. Her life’s mission was to help people. Every day Joan made a positive difference in someone’s life. Her warm smile and encouraging words made everyone’s day better and always made a lasting impression.

Joan was born in Chicago, Illinois on April 9, 1944. She grew up in Chicago with her parents, Darrell & Catharine Cassidy, her brothers Darrell & Ralph, and sisters Rose & Kathy. She graduated from James Bowen High School and went on to be a bank manager in Chicago. Joan married her first love Alexander “Al” Petkus Sr. in December 1962. They started their family and had their sons Alexander, Paul & James, and their daughter Deborah. Joan & Al went their separate ways in 1971.

The ’70s were a new start for Joan. She began her new love story with Alvin “Mac” McMurray in the 70s while she was working as a bank manager. From there Joan started working with Mac as an office manager for Unique Builders in Chicago. Their adventure led to having a daughter who they decided to name Christine. From there Joan, Mac, and Chris moved to Detroit in 1984. Mac & Joan got married and started McMurray Construction Company where Joan managed the day-to-day operations of the business for over 20+ years. Joan & Mac retired and moved to Las Vegas in 2009. Mac proceeded Joan in death on St. Patrick’s Day 2010 after being together close to 40 years. Mac was the ultimate love of her life, and she missed him every day after his passing.

Joan has been a member of a Christian church for close to 40 years. She was a member of New St. Paul Tabernacle COGIC in Detroit for over 20 years. After moving to Las Vegas in 2009, she became a member of The Church LV where she was a greeter. She welcomed everyone with a warm smile and “God Bless you”.

Joan loved fishing with her husband Mac when they lived in Chicago and Detroit. They would include their youngest daughter Chris in these adventures after she was born. Joan was a social butterfly who would befriend anyone. She loved bowling in her bowling leagues and hanging out with all her buddies at Palace Station or Arizona Charlies for Bingo.

Joan lived life on her terms and with a big heart and a wonderful attitude. She was always young at heart and aged gracefully both physically and spiritually. She loved to travel and see the world. But what Joan loved the most was her family, helping others and animals. Joan always had a pet for most of her life. Some of her favorite shows were veterinary shows like Dr. Pol. She could not get enough.

Please send all cards and flowers to the funeral home. Condolences, stories and memories can be sent to CelebrateJoanM@gmail.com