Johnny Loe was born on February 14, 1962, in Vaughn, New Mexico to Maria (Ellena Herrera) Quezada and Edward Loe Jr. Johnny went to be with our Heavenly Father on May 11, 2022, after an incredibly strong and courageous battle with cancer. Johnny was a loving father, grandfather, father-in-law, son, brother, cousin, and friend. Johnny was surrounded by his family throughout his illness and at the time of his passing.

Johnny was the most kindhearted, caring, loving, and free-spirited person someone could ever meet. Throughout his life, Johnny would give anyone the shirt off of his back if he believed someone needed it more than he did. Johnny was known to proactively offer help to anyone in need. Johnny loved everyone and would engage strangers in a conversation. Johnny was strong, kind, and respectful of everyone he encountered. Throughout his brief, but brutal, battle with cancer, Johnny was known to be the “favorite patient” of his nurses, chaplains, and physicians who treated him. Johnny kept up his hope, sense of humor, and faith throughout his illness. Johnny’s biggest concern wasn’t for his own welfare, but rather his concern was not being present to care for the woman he considered his “wife,” his life partner of 32 years, Rose.

Johnny spent a lot of his childhood years lovingly raised by his maternal grandparents, where he was surrounded by his siblings and cousins who adored him or laughed with him. Johnny was known as a “kid at heart” and the “life of the party” throughout his lifetime, including through his battle with cancer. He enjoyed pretending he was peacefully sleeping in the hospital and then completing a “jump scare” by yelling “AHHHHH!” and making big sudden moves to get a reaction out of people while laughing. No one was immune from his antics, including his friends, family, and medical staff.

In early 1990, Johnny met the woman he would spend his life with, Rose Apodaca-Foster. Rose already had two children, Heather (then age 13) and James (then age 11), whom Johnny called his daughter and son for the rest of his life. Johnny never used the words “step” to describe the children who did not share his DNA, he humbly stepped in and fulfilled the role of “dad” unassumingly. Johnny and Rose completed their family with the birth of their son, Domenic Loe a short time later in 1991. Johnny was thrilled to have a son of his own and Domenic became the subject of Johnny’s adoration. After a search for answers in the early 1990’s, Johnny was reunited with his biological father, Edward Loe, and his stepmom, Laura, who lived in Minnesota. Both lovingly and immediately accepted Johnny as a son and shared a relationship for their remaining years.

To all who knew Johnny, Johnny was known for his wild antics of being a jokester, his made-up words, being lighthearted, jumping up on the table at formal events and doing the splits, saying the wildest things, and acting like “one of the kids.” Johnny was a patient and kind man who believed in God and had incredible patience – teaching his sons how to work on cars, teaching his kids how to drive, giving his daughter away at her wedding, and enjoying playing or spending time with his 10+ grandchildren for hours from babies to age 23. “Papa Johnny” was incredibly loved by all 10 of his current grandchildren and was surrounded by them during his illness.

Johnny is preceded in death by his parents Maria, Edward, and stepmom Laura; grandson Logan; as well as his grandparents, aunts, and cousins.

Two celebrations of life will be held. One will be hosted by Rose for their family friends and neighbors at a date to be determined. Rose can be contacted at 725-724-7588 for details. Another will be hosted by Heather on June 18, 2022. Please contact Heather at 702-572-7857 for details. In lieu of flowers, the family requests that any donations/gifts be made to Rose to assist her with life after this tremendous loss. 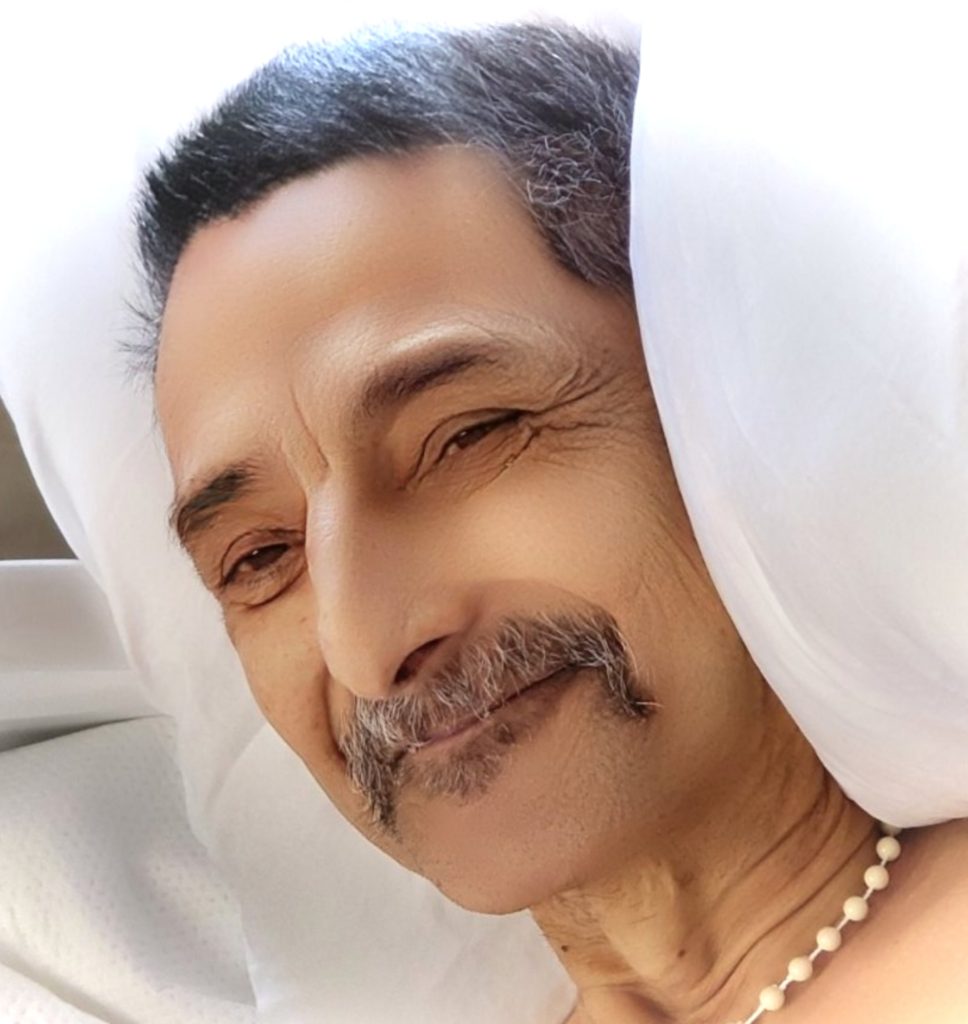