Mr. Kenneth Kristian Hansen, 60, passed away on January 17th in Las Vegas, Nevada after a short illness. His celebration of life will be held at the home of Courtney and Rick Bray in, Acworth, Georgia, on Saturday, February 6th between 2-4.

Mr. Hansen was born on the 26th of March 1961 in Atlanta, Georgia. He graduated from Campbell High School in Smyrna, Georgia in 1979. A lifelong Georgia Bulldogs fan, he was a graduate of the University of Georgia in 1983 and was able to attend their 1980 National Championship game.

A dedicated gambler, he achieved his life’s dream of moving to Las Vegas in 2007. An expert in Las Vegas history, he enjoyed guiding family and friends through downtown and giving candid details of the city’s lurid past. He was an avid chef that took pride in his culinary skills and loved serving others his favorite dishes.

Preceded in death by his parents, Jacqueline and Finn, and sister, Nancy, Mr. Hansen is survived by his children, Erich Hansen and Courtney Bray (Rick), and his grandchildren, Xander and Jake. He was very proud to see his Norwegian heritage passed to his grandchildren and laughingly demanded to be called the “Gambling Grandpa.”

Please email KenHansenmemorial@gmail.com for directions to the celebration of life or to send condolences to his family.

In lieu of flowers, the family asks for donations to be sent to the ALS Association, an organization Mr. Hansen fully supported. Donate by visiting als.org/donate. 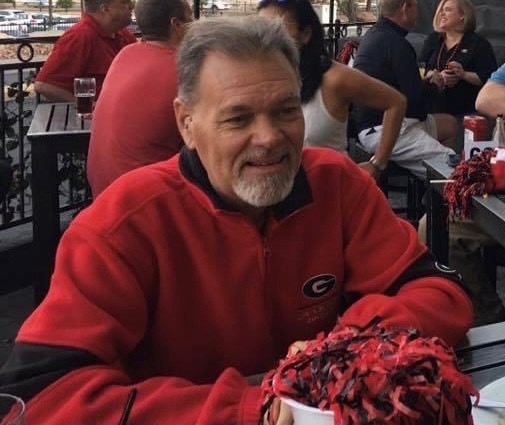