The family held hands while Philip took his last breath on October 12, 2022. It is great sadness to announce his passing. We wish to invite family and friends to his Celebration of Live on November 19,2022 at 1:00. It will be held at Holy Spirit Lutheran Church. The address is 6670 West Cheyenne Avenue. Las Vegas Nevada 89108. Following the service will be a gathering in the church where a small luncheon will be service. We are hoping you are willing to share many stories about Philip and his life.

Philip J Hanisch was born on June 18, 1953 in Plymouth, Wisconsin to Reverend Alfred and Inez Hanisch. He was welcomed into the family by three older brothers, Alfred Jr., Karl, and Paul.

In the year of 1955, the family moved to Milwaukee, Wisconsin where his father was a minister at St. Thomas Lutheran Church. The family welcomed the last child, a brother named John.

Philip went to elementary at Mt. Calvey Lutheran until he was in the seventh grade.

The family moved again in the summer of 1966 to Fond du Lac, Wisconsin. Philip went to school at Woodworth until high school. Many of his friendships were formed. Dave Calder, Mike Keonen, Jim Peterson, and Rick Geis. Their friendship lasted for more than forty years. Everyone claimed to be Phil’s best friend.

Phil and friends developed a strong interest in hiking, camping, kayaking, and geology. Every opportunity was an opening for Phil and friends to go exploring. He kept that passion throughout his life. With Carol, Mark, and his grandchildren, we all went out for a hike.

In 1971, Philip graduated from Goodrich High School. His first two years of college was in Oshkosh University with general classes. He transfers to the University of Wisconsin, Madison Wisconsin. Philip earned his degree in Bachelor of Science-Agriculture. He continued with a certification of teaching from Oshkosh University and was place in a teaching position in Siren, Wisconsin.

In Siren, Wisconsin, Phil met his future wife, Carol Spitzer-Hanisch. Carol and Phil bought a summer cabin and decided to make it their home. It was five miles out of town, a town of 1,000 people. Phil and Carol build an addition to the home out of rocks. Phil knew how and where the rocks were to be placed. At one point, Phil collected 27 cubic yards of rocks. Phil became a mason. He was able to split the rock just so to reveal the beauty inside. Those rocks were placed at the entry of the home. For eight years Carol and Phil lived with no running water and heated the house with a wood stove.

When opportunity arise, the summer 1987, the couple decided to move to a warmer location, here we come, Las Vegas, Nevada. Their only child was born June 20, 1989. His name is Mark Hanisch.

Phil worked for Clark County School District until retirement in 2012. He enjoyed taking his grandchildren camping and hiking. Philip enjoyed watch his oldest granddaughter play girls softball. Phil drove the two oldest, Leilani and Ikaika, to school and back for five years. He was involved in their lives by taking them places, going on bike rides, swimming with them. Julius was born four years ago and Phil would come over to the house to play Legos. The family feels the loss of his presents and thankful for his life. 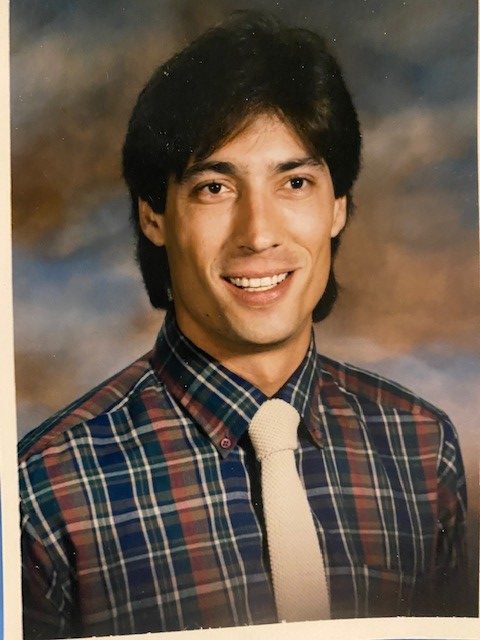