While it is never easy to condense a life of  90 years into one paragraph, it won’t be hard for Rafi.  He was one of his generations last gentlemen. He was simple honest, never complained and seldom criticized. He loved music, tennis, animals and decent people, in that order. If you weren’t one of those, he had no time for you!  Vicente said it best on the engraving on his urn: Best Father Ever.

He played violin at the Dunes Hotel/Sultans Table. It was only supposed to be a six week gig which lasted 26 years, until the explosion. The stories from those years are endless and entertaining and some from the “Old Vegas” years are unprintable!  Before his violin career, he was a professional jai alai player in Mexico until a broken nose returned him back to the fiddle & bow which he had in his hand almost until the day he died.  While he got a bit weak, he was always the athlete, never having to use a walker. And even a bit wobbly, he would insist on holding open the door for any lady!

Missing him will be his loving wife of 21 fun filled years, Kerry, who was his caregiver at home, his sons Vicente (Tatiana) and Nicolas, granddaughters Samantha and Nicole, his step-son Marc (Shea), and numerous relatives in Mexico, especially his beloved sister Beatriz (Roberto), and several nieces and nephew.

Because of Covid19 there will be no services. 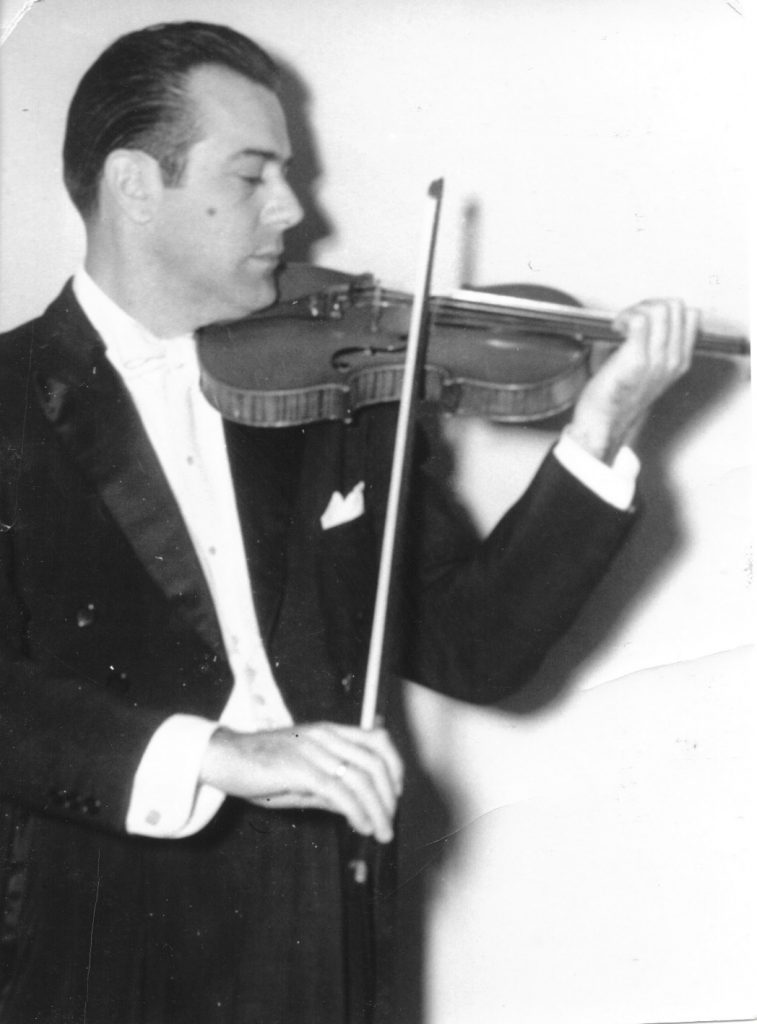