Raquel “Rocky” Maguire, 89 of Boulder City Nevada passed away on Monday, July 12, 2021, in Wolf Point, MT. Raquel was born on September 3, 1931, to George Dewey and Juanita (Morillon) Somerville in Seattle, Washington and spent part of her childhood in Southern California, but later returned to the state of Washington.

In 1948 she married John D. Moore and relocated to Corona California where they had three children: Steve, Kathy and Linda. Raquel later divorced and married C.F. “Mac” Maguire and gained a new son Ralph from Mac’s previous marriage. They completed the family with Margaret and Kallie, their two daughters.

Raquel attended Tolt High School in Washington and would later become a wife, a homemaker, a mother and a full-time caregiver to her disabled mother. She was very active in her children’s schools and participated as a room-mother, PTA member, and was the band booster president. Raquel later became a school bus driver in California for the Corona Norco Unified School District. Because the children loved her as their driver, they dubbed her as “Rocky” which is the name she became famous for. Mac was also a part-time bus driver for the school district, and this is where they both met and fell in love. During the 1960’s they worked as owner-operators of the Shell gas station on West Sixth St. in Corona California. They sold the full-service station and started their new business M&M Sweeping Company.

In 1976 Raquel was hired by the Corona Parks and Recreation Department to begin a long and rewarding career as the city’s Tour Bus Driver, taking groups throughout Northern & Southern California, Nevada, Utah and Arizona. Rocky had found her true calling, “a professional driver.” She drove groups of all ages to Las Vegas, San Francisco, Zion National Park, ski trips to Mammoth and Big Bear Lakes. These excursions included Universal Studios, Disneyland, Knox Berry Farm, Magic Mountain along with SoCal racetracks and Corona Del Mar beach. During her 25-year career she looked forward to her trip during the early morning of every New Year’s Day to the Tournament of Roses Parade in Pasadena, CA. Rocky’s passengers and co-workers became lifelong friends and kept in close contact with her until her passing.

During Mac and Raquel’s retirement they enjoyed cruises to China, Singapore, Jamaica, Alaska and the Panama Canal with their friends. After Mac’s passing, Raquel sold the family home and transitioned into senior apartment living initially in Corona, California and finally in Las Vegas Nevada.

Raquel would take her final road trip to Montana “the last best place” where her beloved Mac passed in 2002. Raquel always knew Mac’s spirit was waiting for her there and this is where they would meet to continue their journey together.

Raquel Somerville Maguire will be interned at Riverside National Cemetery, Riverside, CA Friday, September 10, 2021, at 11:30 am 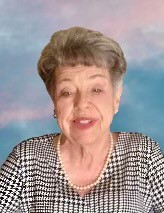