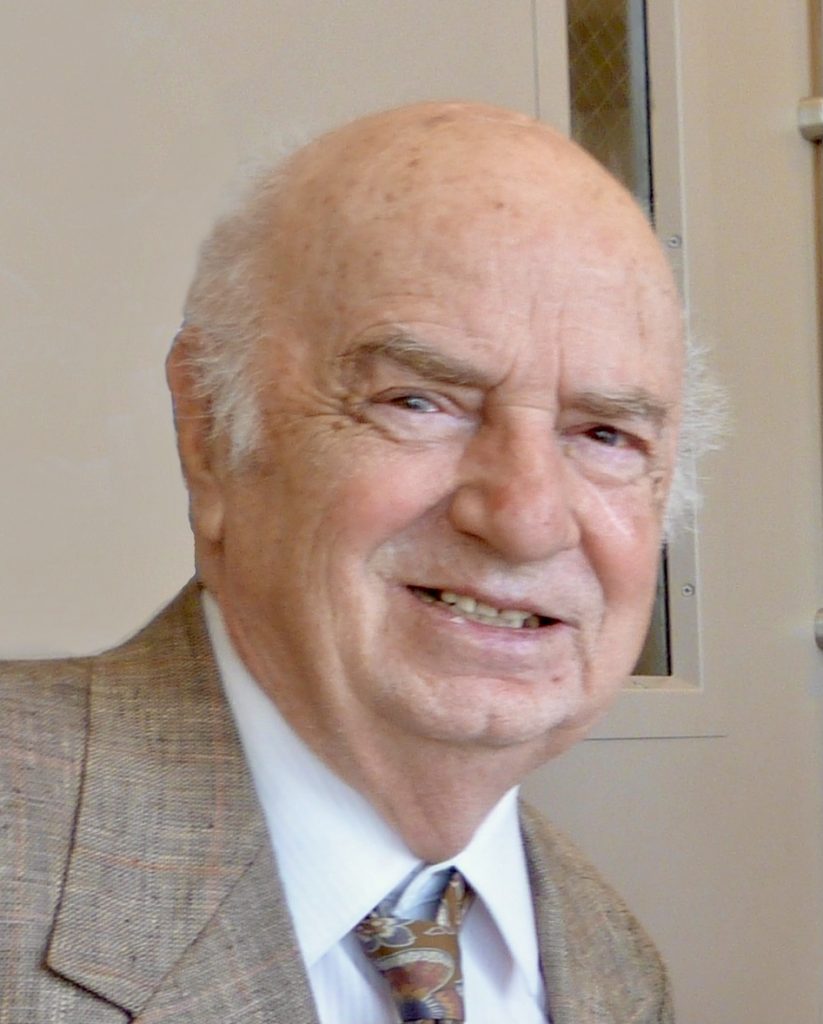 Robert Leo Schmidt, 94, passed away peacefully in his well-loved recliner on April 23, 2021. His final days were spent in the joyful celebration of his 70th wedding anniversary.

Robert is survived by

-His great–grandchildren Harper and Logan Holland

He was preceded in death by

-His parents Leo and Lillian Schmidt

-Five sisters and one brother

Robert (Bob) was born and raised in Detroit, Michigan. He graduated from St. Theresa High School in 1944 and served in the US Army through the end of WWII. He attended the University of Detroit and graduated with a Bachelor’s degree in Accounting. He pledged as a member of Alpha Kappa Psi Business Fraternity and began his romance with the love of his life, Joanne, at a fraternity dance in 1949. They married on April 7, 1951, settled in their home in Allen Park, Michigan, raised five children, and were founding members of St. Cyril of Jerusalem Catholic Church. Bob worked for Ford Motor Company as a Financial Analyst until his retirement in 1983. After spending several winters in Las Vegas, Bob and Joanne decided to make the move permanent, bought their dream house in Los Prados, and spent 21 wonderful years there before moving to assisted living. Bob was passionate about his family, working in his yard, vacationing, a few rounds of golf, volunteering at church, learning to play the saxophone, and thinking outside the box. His family could not have asked for a more loving husband or devoted father. Our memories of him will remain in our hearts forever, bring smiles to our faces and twinkles to our eyes.

Online at www.keepmemoryalive.org (click on donate now and indicate donation in memory of)

Bob’s family would like to express their deepest gratitude to the entire staff at Silver Sky Assisted Living for the love and attention they gave him during the years he was a resident.

The family would also like to express their appreciation to the wonderful caregivers with Compassion Care Hospice for giving Bob such love and respect this past year.