Roger Hale Ashley, 73, passed away unexpectedly on May 28, 2022 in Reno, Nevada at the Renown Regional Health Care Center due to extensive injuries from a fall. Born October 11, 1948, in Chicago, Ill., Roger was the only son of Clifford Hale Ashley and Bette Kathryn Heath Gamble.

After his parents divorced when Roger was 8, he and his mother moved to Reno, NV where Roger had lived his entire life. He graduated from Reno High School in 1966 and worked at various local establishments including the Majestic Theater, a Reno landmark demolished in the 1970s.

In the 1980s, Roger began his career as a stagehand when he was hired to work one of Reno’s most iconic shows, “Hello Hollywood, Hello,” performed at the MGM Grand Hotel (now the Grand Sierra Resort and Casino). Roger was one of the 65 stagehands that made 97 scene changes during the two-hour show.

After the HHH show ended in 1989, Roger continued his stagecraft at the Pioneer Center for the Performing Arts working all genres of productions including operas with the Nevada Opera Association, and later, he worked for touring Broadway shows of which, “Cabaret” was his favorite, until retiring in 2012.

Roger was also well-known among the local musician groups in Reno as a talented guitarist. He began playing in the 1960s and was first drawn to folk music and the finger-picking style on his acoustic guitar. His skills broadened as he learned blues, jazz, and music from various historical periods he was studying. Roger could play almost any stringed instrument he tried including the fiddle, banjo, mandolin, dulcimer, and cittern, many of which he purchased from the Mountain Music Parlor that he frequented.

Roger combined his musical talents with his love of theater and history by becoming a “Living History Reenactor” as both a hobby and for pay. Roger’s interests ranged from the Early Middle Ages to the American Frontier. Dressed in costume, Roger performed music from these time periods at Renaissance Fairs, Civil War Camps, and Pioneer Reenactments, as well as restaurants, open mics, and coffee shops.

Roger had a heart for justice especially for any marginalized group in society and was a voracious reader of history. He used his intelligence and creativity to draw and write both stories and letters to the editor and government officials advocating for the legitimacy of others.

Roger’s friends and family will deeply miss his kind, genuine spirit as well as his playful, mischievous antics.

A Celebration of Life will be held for Roger on Monday June 20, 2022, at 6pm at the Mountain Music Parlor, 735 S. Center St. Reno, Nevada. Come join us as we remember Roger, a gifted artist who has left a hole in our community. 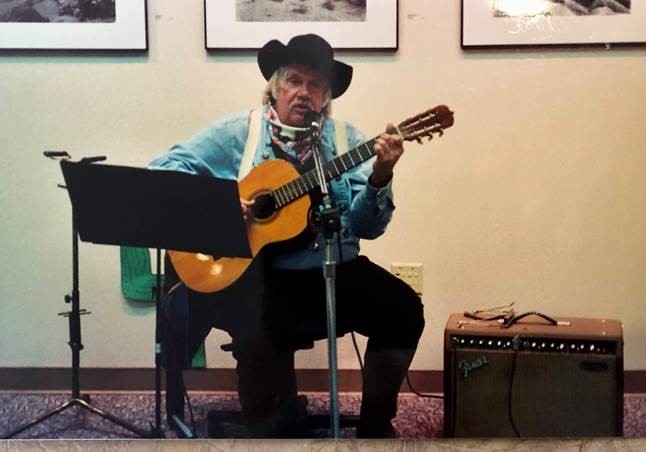