Thomas A. Gehringer, age 79 of Las Vegas, NV, passed away on Tuesday, June 2, 2020. He was born November 1, 1940 in Dearborn, MI to Alton and Mildred Gehringer. Tom graduated from Chadsey High School Commercial Foods Department under the direction of Chef Herman A. Breithaupt in 1959. He was the recipient of the Sheraton-Statler Foundation Internship award, Cornell University, which allowed him to train in multiple hotel chains and restaurants in the Midwest to perfect his skills in cake decorating, ice carving, meat cutting and French and American cooking. After returning from the Gibson Hotel in Cincinnati, Tom worked at the Book Cadillac, Detroit and then the Congress Inn, Dearborn. In 1969 he worked as the Executive Chef for the Sheraton Motor Inn in Pontiac, the John Wesley (Baker) College in 1972 and the Holiday Inn, Howell in 1973. In 1974 Tom moved to Las Vegas and opened Rainbow Catering with Edward Baba and Sherri Burnett.  He served two Presidents and one Vice-President at large gatherings.  He traveled to Aspen Colorado, Mexico as well as Beverly Hills in the Rachmaninoff mansion to design and serve parties. Tom loved teaching his craft and shared his love for food with friends and family.  Tom enjoyed golfing, scooter riding, and traveling which included three trips to Europe as well as New Zealand.  Tom is survived by his son David A. Gehringer of Las Vegas, daughter Michelle L. Gehringer of Fowlerville; adoring grandchildren Kaleigh (Dan Hillier) Callahan and Colin Callahan and many nephews and cousins. Tom was preceded in death by his parents and his brothers Jerry and Dale. 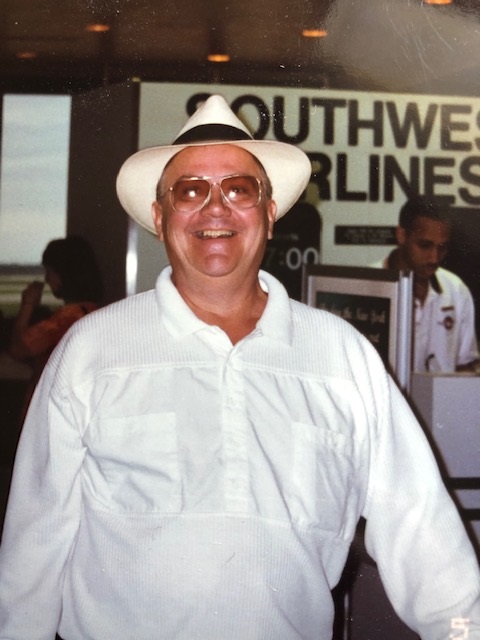